Stuck (and the Way Forward)

I was moved to share some creative writing with all of you. If you want to hear it rather than read it, click here.

Stuck (and the Way Forward)

As a White person engaging in anti-racist self-work, I have learnednot to center myself,not to cry for fear that my tears might wield power,to internalize the emotions that this work releases, andto bury my own needs in service of others.

Sometimes it feels like a form of erasure.Our emotions are invalidated because someone else suffers more.Our fears and failures are harmful to those around usso we must minimize and hide them.Our experiences are inextricable from our privileges.

We can start to lose our individual identitiesfor fear of perpetuating marginalization and hate.And culturally, if I am not White, if White has no meaning,then who or what am I?Do I even have a culture? Is it one I can be proud of?Or is my culture colonization, genocide, and violence?

The roots of White supremacyerased our cultures and differencesto create the idea of “White” as a group of peoplein order to otherize the rest of humanity.

Some anti-racist workcan threaten to do the samewhen we are

The only way forward, out of white supremacyis through loveof ourselves (even when we fail),of each other (even when we are inhumane),of our country (with open eyes).

White supremacy robs all of usof our ability to love and live freely.It divides and separates us,surviving through hate and fear,competition and scarcity.

We must unite, not divide.We must seek and share the truth to empower all.We must release ourselves from shamelest it turn us from love to hate.And we must seek our own anti-racist identitythat is not written by white supremacy but isinformed by our shared humanity and intentionality.

By Emily Vincent at October 11, 2021 No comments:
Email ThisBlogThis!Share to TwitterShare to FacebookShare to Pinterest
Labels: Activism, Racism, Whiteness

I’m getting settled in Colorado and I’m excited to be writing to you again! Thank you for your patience during this transition.

I hope you’re all getting back into the school year well and that students are getting the support they need. I’ve been hearing through the Arlington grapevine that the new virtual learning program is not meeting student needs, so if you’re hearing the same thing, please speak up about it to the School Board, APS administrators, or the Arlington NAACP Education Committee.

In case you missed it, there was an ArlNow article by Jo DeVoe about PTA spending inequities in July. This is one type of educational equity work where your voice is needed. Partially because of that article, I have been so lucky to get connected with other PTA/private funding equity activists across the country and I’ll certainly share resources along those lines as I hear about them.

For now, please check out:- Community-Centric Fundraising and this awesome article by Vu Le. I also recommend this article by Rebekah Giacomantonio about the dangers of white-led nonprofits in this work.- Fakequity, especially the most recent two posts.- A Progressive’s Style Guide (PDF) by Hanna Thomas and Anna Hirsch.- This awesome video about school choices that families make and the impacts on education (created by the Park Hill Neighbors for Equity in Education (PHNEE) in Denver, and applicable nationally).

I’ve been paying more attention these days to environmental racism and environmental justice efforts. If you’re feeling at a loss about climate change, maybe take your anti-racist work in this direction.

I wanted to follow up to my last post about Critical Race Theory (CRT) in schools. I found some really helpful resources that I wanted to share with you:- David Stovall and Subini Annamma write “OPINION: Using critical race theory to understand the backlash against it” (Hechinger Report, 7/29/21), especially: “Ultimately these laws reflect a hard truth: Historical accuracy has become an existential threat to white supremacy.”- Mark Keierleber writes “Critical Race Theory and the New ‘Massive Resistance’” (The 74 Million, 8/18/21), especially: “claims of colorblindness have been used to entrench existing racial disparities for generations.”

What challenges are you experiencing in your anti-racist work right now? I’m always happy to research and write about your perspectives and experiences — please share with me!

Open Discussions of Race and History Must Continue in Our Schools

I hope you’re all enjoying the summer so far! This is my last update from Arlington before I relocate to Denver, and it’s an important one.

I imagine you have heard about the angst being expressed against critical race theory and that some states have passed legislation limiting how/whether racism can be discussed in schools. Primary and secondary school curricula nationwide are already very whitewashed, so this move to further deny historical and present truths about slavery and racism is alarming.

This backlash is happening in Arlington. Conservative individuals and groups have submitted FOIA requests to APS staff members, questioning their efforts to be more inclusive and equitable in their work. Teachers have been intimidated and attacked for teaching about race and history. These white supremacist efforts serve to distract and divert time and energy away from anti-racist work.

Your voices are needed. The voices that seek to maintain the status quo or to preserve a racist society are not the majority, but they are loud and constant and growing. Anti-racist voices must be raised to remind our community and its leaders that we value the truth, we value an education for our children that helps them understand the world as it is, and that creates future adults who know how to work and live with anyone who is different from them.

Teaching children about racism does not mean making White children feel bad for being White. Criticism about critical race theory has been present since it began in the 1970s. The current backlash isn’t really about critical race theory itself, but is an example of White fragility, guilt and shame. It is a rejection of the reality of systemic racism.

My question becomes, if a person doesn’t believe in systemic racism, in which we are all indoctrinated into a culture of white supremacy by the systems around us, making each of us a victim of this ideology, then are they saying they would rather believe that only individual racism exists? In which case, they become personally responsible for every racist thing they do? (I know, it’s not that easy. Obviously, these people are GOOD people and don’t have a racist bone in their body.)

Our education system is one of the major ways we can address ignorance about racism, the truths of our history, and also how we empower our children and ourselves to take hold of the influence we have, accept that our country and our society have failings, and work together to address them. We must speak up to support the systemic changes needed in our education system (and elsewhere) so that we can rise to this challenge and so our community and leadership respond to our voices and not to voices of hate and fear and ignorance.

This need is not limited to responding to the critical race theory panic. The pandemic highlighted many of the other systemic challenges our education system faces, including student access to resources such as wi-fi at home and microaggressions and racism in schools. Some families and students saw significant benefits to keeping their students out of physical schools, unrelated to concerns about getting sick. The education system must see these realities and address them openly and consistently.

Please speak up, early and often. Thank people who you see taking steps to change the culture at APS into a more inclusive and equitable system. Reach out with encouragement and support to teachers and principals as well as administrative staff. It is not enough to only do the self-work of anti-racism. Wherever you are connected to Arlington’s schools, speak up, reach out, provide support, ask questions. Continue to show up or speak at School Board meetings. Listen to community members of color and amplify their priorities and goals. Make your voice heard.

Our voices have already made a difference. Don’t stop now.

There are many ways to get connected to our content:
Join the Google group and receive weekly updates directly to your inbox and participate in email conversations - Visit here and click the "Ask to join group" link.
Check us out on Facebook and Twitter. We're also on Medium. 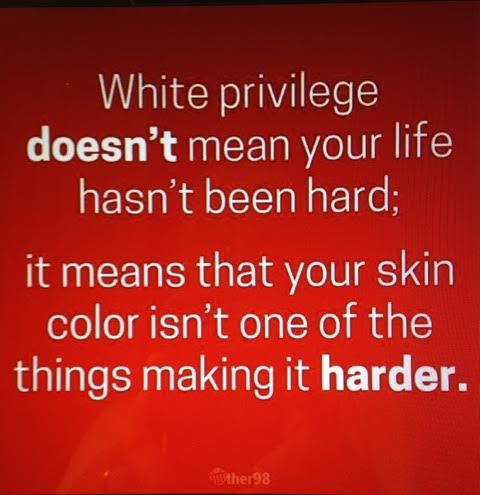